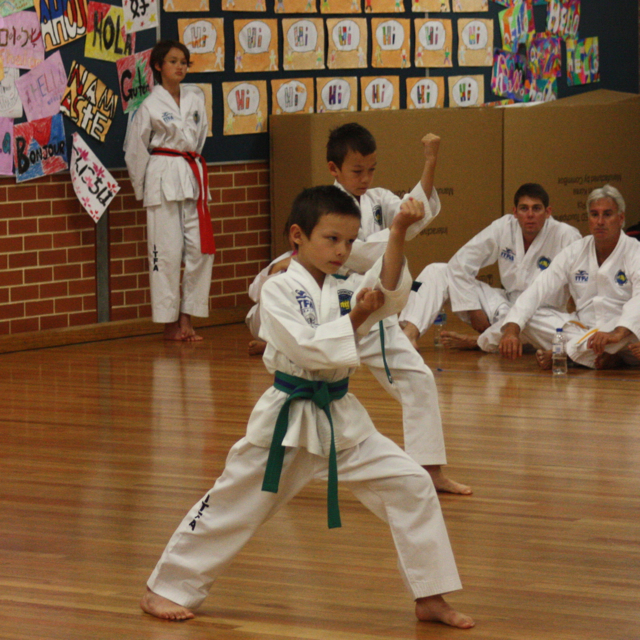 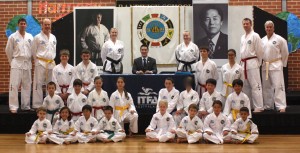 On Sunday 29th March 2015, Daniel Gardiner joined the rank of 1st Kup after successfully passing his Grading at Randwick 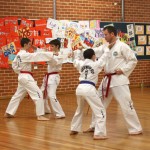 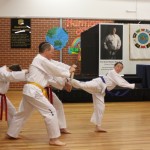 Zac Stephens-Paolella, the ITFA Most Improved Student 2013, also promoted to 3rd Kup with an impressive show of breaking. Lorenzo DiNapoli, along with brothers Gordon and Nathan Young demonstrated the necessary standard to achieve promotion to 4th Kup Blue Belt. There were a large number of junior 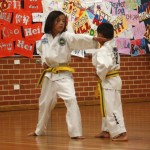 grades participating showing the continued growth of the ITFA in Sydney. 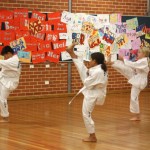 performing pattern, Step Sparring and Breaking at the Colour Belt Grading to continue to refine their skills. We wish them the best of luck in their preparations over the final week before the IIC and Grading on 18th and 19th April. 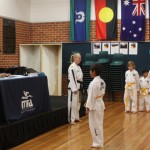 No Comments to "Another ITFA student promotes to 1st Kup at Term 1 Sydney Grading!!"