Congratulations on the birth of Marcus Boulton Hong-Jae Rhee!!!

There has been a break in the coverage of the FGMR events, to bring you this great news from Senior Master Rhee and Miss Boulton Smith: 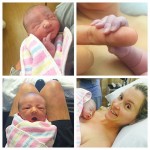 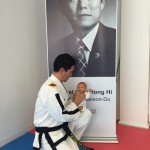 HONG – after General Choi Hong Hi, Founder of Taekwon-Do & father-figure to FGMR.
JAE – is the generation name in the Korean side of our family.
HONG-JAE – (together) means that everything will come to him.

We chose his first name for several reasons. Marcus is a derivative of Mark, and Mark Langford was a very close friend of ours & a man I personally looked up to. (he passed away in 2014). Marcus is also the Latin name for the Roman God of war & the name of General Marcus Antonius (Cleopatra), giving our son a military ‘name-link’ to Taekwon-Do, in a similar way that his grandfather FGMR, was named ‘Alexander’ by General Choi… after Alexander the Great!’ 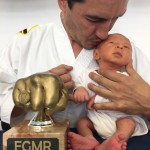 Congratulations to you both and we look forward to meeting Marcus in the Dojang soon!!!!

No Comments to "Congratulations on the birth of Marcus Boulton Hong-Jae Rhee!!!"