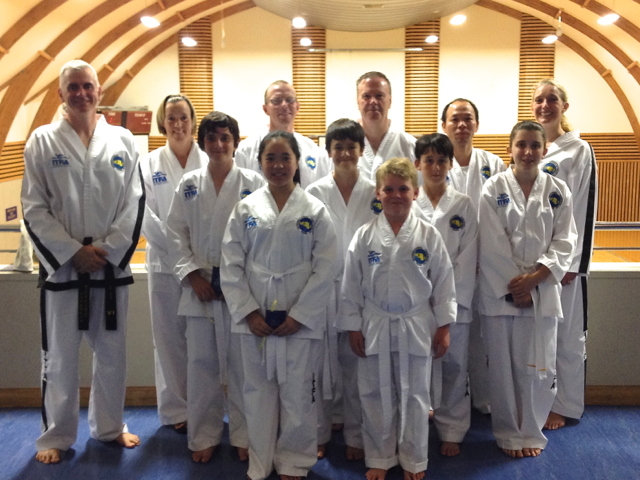 Posted In News | on March 22, 2015
“On Wednesday March 11th 2015, ITFA Beachlands conducted its very first grading since opening the school in October 2014. Nine students were entered for the grading. For 8 of the students it was their first ever grading in Taekwon-Do. 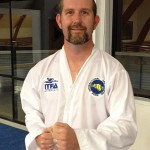 The students had trained hard over their first few months learning Taekwon-Do. The progress made by all students from the day they started up to the day of their grading was awesome, considering most were complete novices who had no concept of stances, blocking techniques or kicks on day one. Their strength, stamina, co-ordination and flexibility had come on in leaps and bounds! 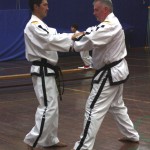 All the students were suitably nervous on the day of the grading, looking smart in their doboks. Each of them was taken through the grading syllabus and they all performed admirably in front of their experienced examiner, Mr Ian Britton VI Dan.
Mr and Mrs Britton were very proud of the progress of all their students and delighted to have them all successfully promote to the next grade. Many congratulations to all the successful students of ITFA Beachlands!”
Courtesy of Mrs Britton, IV Dan