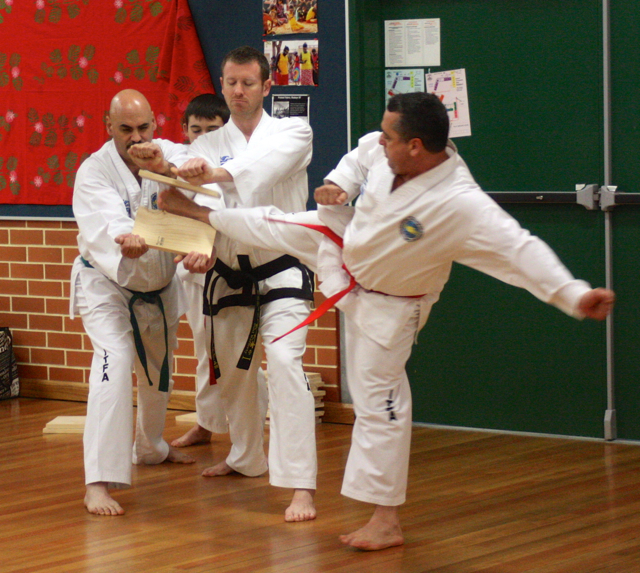 On Saturday 20th June, 39 ITFA students arrived at Randwick Public School for the ITFA Term 2 Grading. With twelve 10th Kups and six 9th Kups the Sydney classes continue to grow and attract new students with the expert teaching and knowledge base. It was also the first opportunity for the newly promoted I Dan students to perform commands, assisting with all aspects of the Grading. 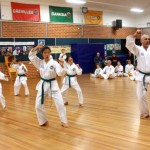 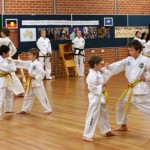 Mr Paul Rafferty, I Dan, got the Grading underway. The 5th Kups (Blue stripes) were first on the floor, demonstrating all aspects of the Art, Pattern, Step Sparring, Free Sparring, Terminology and Breaking. The standard was very high, with both junior and adult students on the floor showing the students and parents what is expected at an ITFA Grading. 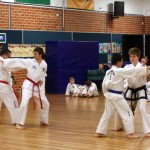 As the afternoon progressed, each grade stepped up onto the floor and performed their syllabus.  At the end of the Grading, Master Rhee announced the results. Five students had an exceptional performances and were awarded ‘A’ passes. Congratulations to Jack McGreal & Marcus Okugami (10th Kup), Juno Varisit (9th Kup), Zac Cooling (7th Kup) and Moonkyong Kim (6th 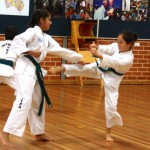 Kup). The ITFA would also like to congratulate Gary Mezei who successfully passed his last colour belt Grading, promoting to 1st Kup. Gary is now invited to attend ITFA monthly 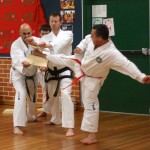 Black Belt Training in preparation for his 2 day Grading to I Dan at an ITFA International Instructor Course.

All the Grading certificates were presented with the results with the belts to be  given out at the last week of Term 2 classes. 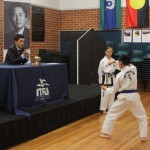 Congratulations to all those students who were successful!