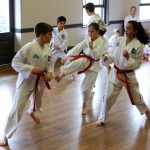 The ITFA Sydney Gradings are open to any ITFA students who are eligible to grade i.e. they need to hold a current ITFA membership, the student needs to be physically and mentally fit to grade and they must be able to perform the ITFA Grading syllabus to the required standard as deemed by their ITFA Instructor. 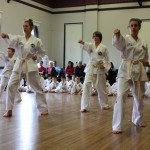 A total of 42 students from both Master Rhee and Miss Marion Sherlock’s classes were seemed eligible to grade, the first time over 40 students have reached the required standard at the same time. This is not only breaking new ground for ITFA Sydney but indicates how the ITFA continues to grow! Several times Grading numbers have come close to 40. The ITFA, only established in 2010, has now set a new goal of 50!!

It was a welcome sunny afternoon after all the rain recently in Sydney. A new venue provided a new challenge for the students and there were definitely a few more nerves on show beforehand. 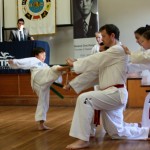 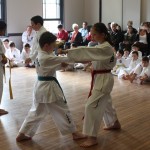 As Master Rhee addressed the students and parents at the beginning of the Grading. We remembered former ITFA student and good friend Paul Wilcox who sadly is no longer with us. Highly motivated and with great attention to detail, Paul was a tenacious student who was a great example of the 5 tenets. Paul moved with his wife Victoria to Byron about two years ago. Our thoughts remain with his family at this difficult time. 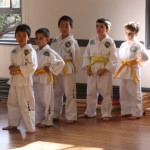 The senior colour belts candidates were up first on the floor. Accompanied by some of the 1st Kups, the students completed their Patterns and Step Sparring. As the afternoon continued, students came onto the floor and completed their requirements including Terminology, Pattern, Step-Sparring and Breaking. 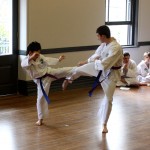 At the end of the Grading, all the successful candidates were presented with their certificate. This was also a first, as all ITFA Colour Belt Certificates are now endorsed with First Grand Master Rhee’s (FGMR) signature and stamp. The only other occasion this happened was when FGMR was the Chief Examiner at the ITFA Spring Colour Belt Grading in 2013. However, FGMR has now given the ITFA and Master Rhee permission to certify all ITFA Gradings with his mark!! A privilege that Master Rhee explained to all the students. 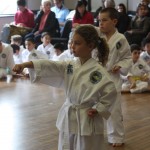 Two students excelled, being awarded an Advanced Pass. Sarah Quan and Richard Sydenham from ITFA Randwick were pleasantly surprised after waiting nervously for their names to be read out! A highly successful afternoon finished off with many photos to remember each and every personal milestone!!! 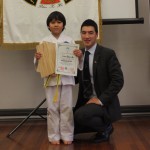