HOMENewsSmiles all round at ITFA Black Belt Training!! 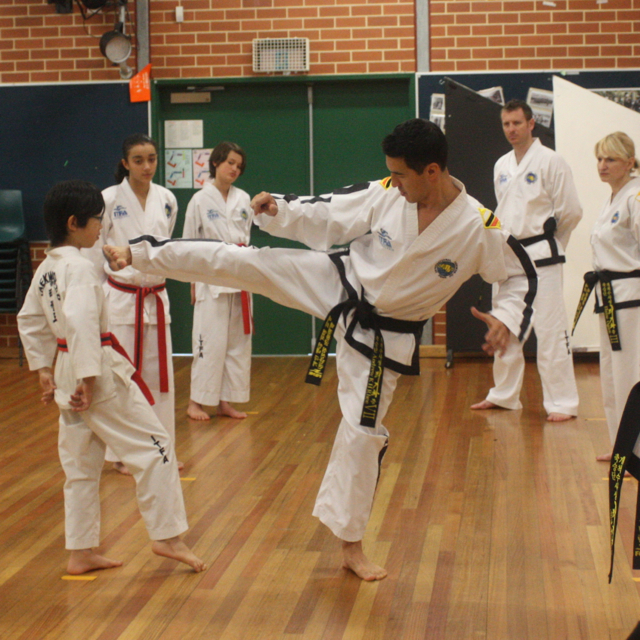 Smiles all round at ITFA Black Belt Training!!

The May ITFA Black Belt training was full of laughs, giggles and smiles all round as the five newly promoted I Dan Belts posed for photos with Master Rhee is their new doboks!!! 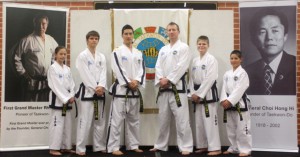 Having only promoted two weeks before at the ITFA International Instructor Course, it was the first time this group of talented new Black Belts 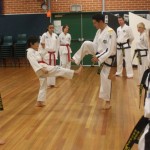 Foot Sparring – blocking with the feet

had been together since the Grading on Sunday 19th April 2015. It was a gruelling two days in terms of mental concentration and physical toughness, performing all facets of the Grading syllabus from 10th Kup to I Dan. Master Rhee covered a great deal of technical content over the two days and it was up to the Grading Candidates to demonstrate their knowledge base. 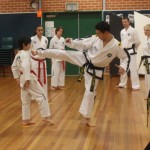 Rhee was happy to finally be in his dobok and in front of these eager students. After the photos and congratulations, it was time to move onto learning Kwang Gae Tul and to begin the Art of Foot Sparring, part of the syllabus that does not appear to be  practiced by any other ITF group in Australia. Master Rhee discussed and demonstrated different counters including consecutive kicking, to a front snap kick attack.

With plenty to take on board, everyone left with goals to work towards before the next training session in June.

No Comments to "Smiles all round at ITFA Black Belt Training!!"