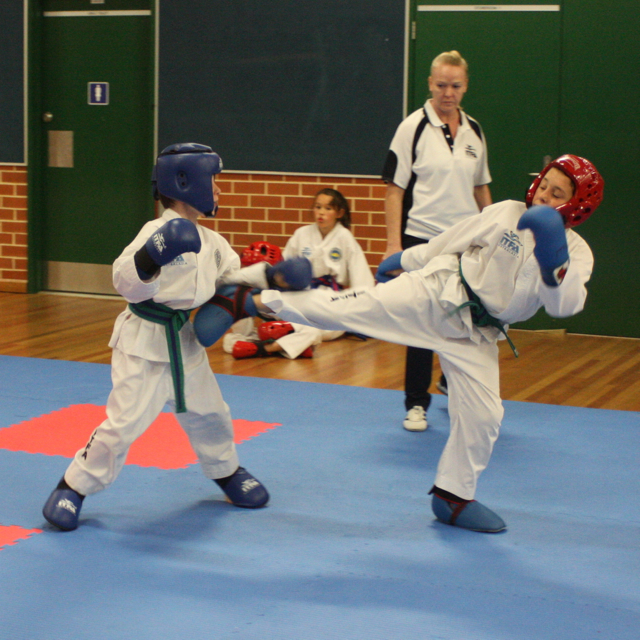 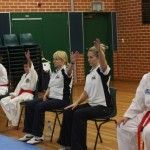 Students from our ITFA Sydney Clubs attended Competition Training at ITFA Randwick earlier today. With the ITFA National Open Championships only  3 months away, it was important to practice in a simulated environment and plenty of fun or course!

The session started with an introduction to Umpiring for the 2nd Kups with Miss Marion Sherlock, V Dan, running them through the basic rules for judging pattern and sparring. Familarising themselves with the ITFA Tournament Rule Book was an integral part of the session including the definition of contact used in ITFA competitions, legal targets and point scoring, as well as etiquette and scenarios. 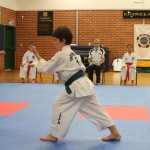 The simulated tournament began with pattern and students of similar grade competed against each. Sparring followed with each of the Black Belts getting some time to practice as the centre referee. For all children under 18, the ITFA does not allow the head as a target area so it was important to enforce this, and the other rules, during the session. There was plenty of good quality sparring to watch with excellent control. It was evident 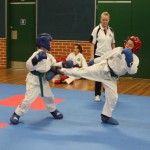 that many students are starting to understand the idea of space, timing and pacing themselves and gaining a better result for all their hard work.

The session concluded with some flying high kick practice for the agility section of the tournament. Some students were practicing hard at their timing and elevation, whilst others soared into the air with ease! 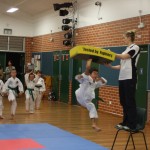 It was a very successful session with plenty of high fives at the end. We look forward to the next session at the beginning of Term 3, just before the National Championships.

No Comments to "Successful ITFA Competition Training in Sydney!"