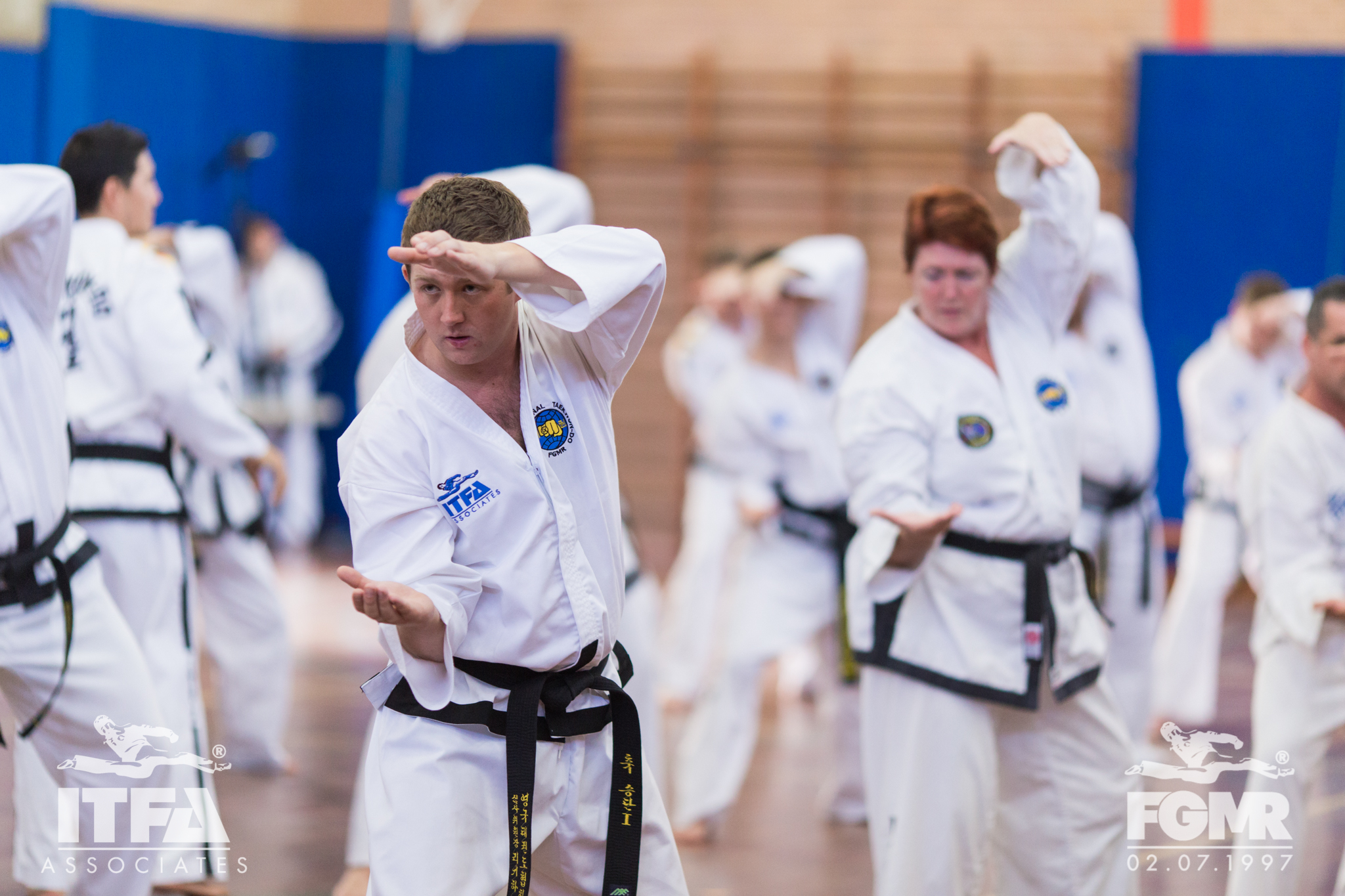 Mr Bennett has competed in many competitions as a junior and was at one time the Scottish Champion in Sparring and Patterns, British Champion in Patterns and came third at the World Junior Championships which was held in Birmingham NEC.

Since moving to Australia in May 2014, I struggled to find a Dojang and an Instructor of high quality until he found the ITFA and Senior Master Rhee VIII Degree.  He started training with Senior Master Rhee in February 2016 and in March 2016 attended the IIC with FGMR.  Later that year on the 25th September 2016 he successfully passed his grading to II Dan and was awarded his ITFA National ‘B’ Class Instructor Certification. In 2017, Mr Bennett was the inaugural recipient of the ‘Steve Cacchia Award’ as the ITFA Senior Student of the Year, which he backed up and won again in 2018. Mr Bennett was also successful in his Black Belt Grading, was promoted to III Dan in September 2018 and was awarded his ITFA National ‘A’ Class Instructor Certification in April 2019. During the 2020 COVID-19 lockdown, Mr Bennett was part of ITFA teaching unit that delivered ViRTUAL online sessions for students throughout Australia. In September 2020, Mr Bennett successfully passed his IV Dan Grading and was awarded his International Instructor Certificate. Mr Bennett is now working towards his ITFA Examiner certification and his V Dan.